How Does the Doctrine of the Immaculate Conception Relate to Us?

A Reading from the Holy Gospel according to Luke:

In the sixth month, the angel Gabriel was sent from God to a city of Galilee named Nazareth, to a virgin betrothed to a man whose name was Joseph, of the house of David; and the virgin’s name was Mary. And he came to her and said, “Hail, full of grace, the Lord is with you!”

Whenever angels appeared to any person in human history, the angel was always the one who received the honor. Those who see them are terrified and struck down; they bow down and worship them as if these angelic creatures are God Himself.

Not so with Mary.

She was greeted by the angel Gabriel like a queen. In most paintings that depict the Annunciation, the angel always kneels because her unique dignity surpasses even that of the angels. Not only that, the angel pronounced her full of grace as if that was her name, her very identity.

So, the Church teaches us that Mary, in the first instance of her conception, was preserved free from all stains of original sin; in other words, at the moment when she was conceived in St. Anne’s womb, she was already overflowed with grace.

We may ask: why is this necessary? That such unique privilege should be bestowed on her?

To answer this question, I invite you to imagine yourself as a painter. And you are to paint a picture of your own mother. Imagine also that you are the most illustrious painter in the history of humanity. Would you not make her the most beautiful woman in the world, as beautiful as she possibly can be? You will use the best paint, the best brush, and the best canvas you possess to render her as beautiful as possible.  You will draw her in such a way that best reveals her beauty.

Now, what if you pre-exist your mother? And what if you have the creative power to make her as beautiful as you wish, as gentle and loving as you desire? Would you not make her the most perfect woman in the world? (cf. Fulton Sheen)

That is the case with God. If a human artist would do so for a mother, how could God, the divine artist endowed with infinite wisdom and creative power, do anything less? So it is that before he walked upon the earth in human flesh, God made Himself a new paradise, a new ark of the Covenant that no stains should touch.

Now you may want to ask: why did God not make everyone like our blessed Mother? The saints ask the same question. Why are some people endowed with greater gifts while others with less?

The answer the saints received can be summarized in one phrase: to manifest his glory. Everything we have and possess is for his glory and a gift to be shared and given away. Let your light so shine before men that they see your good works, and glorify your father who is in heaven. God, in his freedom, distributes his grace unequally to reveal his infinite glory. A garden with only one kind of rose or bushes and bushes of one-colored rose, be it red or purple or gold, would be a boring garden. And He made Mary the most beautiful rose in His paradise.

God created her uniquely for her destiny. From all eternity, God conceived in His mind the ideal woman, who was to carry the Incarnate Word of God in her tender arms, suckle him from her breasts, search for him when He is lost, follow him to the cross, die spiritually with Him on Calvary, to behold his lifeless body in her arms, and to become the sorrowful mother for all humanity. God created her and shaped her uniquely for her destiny. She is to be not only the Mother of God but also the Mother of all humanity. She is to be the best Mother of all, the most gentle, most loving, and most beautiful among all women.

Brothers and sisters, God has not entrusted to you her destiny. But He has entrusted to a unique mission which He has given to no others. Therefore, He has created you uniquely for that very purpose. Never again shall he create anyone like you in the history of humanity, from the dawn of time to the end of the ages.

The question is: would you accept God’s glorious gift for you? Would you say yes as our Lady said yes to the Angel Gabriel at her Annunciation? Would you take the responsibility God has given you, which he has entrusted to no others? In other words, would you carry your cross to the end and follow Him to calvary as Mary did?

Beloved, God has given you everything you need to fulfill your Vocation and your mission and take your place among the saints and the blessed in heaven. He gives what He commands, and He shall command on the last day what He has given. God created you for your destiny; He has given you a place in His paradise. And He is nurturing you now with His grace. Would you take your place? Would you accept his gift? May our Lady, the Immaculate Conception, intercede for us and grant us the grace to say yes to God today.

The Reflection was given on December 3rd at St. Dominic's Church at Eagle Rock. 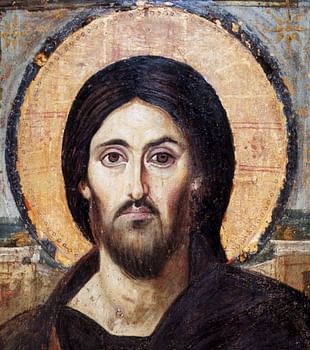 The Face of God

Br. Xavier Marie, O.P.
I was born and raised in Beijing, China. At the age of 15, I became an exchange student in Laredo, TX, where I was received into the Catholic Church. In college, I studied Biomedical Engineering at UC Berkeley. In 2019, three months after his graduation, I entered the Dominican Order and received the habit.